Blueberry Hills Farm & Restaurant are located at 1315 Washington Street in Manson, Washington. We were named by Seattle Times “One of the TOP 4 Restaurants in Washington State Worth the Drive for Breakfast!” and awarded King 5’s “Evening Magazine Viewer’s Choice Award,” “2nd Best Destination Restaurant in Washington!”

The owners are Roger, Linda and Kari Sorensen (me). Mom and Dad have pretty much retired out after 20 years, but I’m usually around somewhere. Mom’s dedicated to her extensive gardens of peonies (available for U-Pick in the Spring) and her gorgeous dahlias. Dad’s here pretty much every day talkin’ to folks and maybe joining them for a cup of coffee. Sometimes he’ll just wander over to a table and sit down with a slice of pie and coffee and start talking to folks. It’s hilarious to watch their faces. Many think he’s just this random guy that’s just wandered in off the street!

The Story of Blueberry Hills

Blueberry Hills restaurant, commonly referred to as “the barn,” was built on our original family homestead from the early 1900’s. We broke ground on in March 2002 and opened in November of 2002. We had our sights set on being “somewhere to go and something to do” in a very seasonal tourist town that had a tendency to roll up the sidewalks outside the typical “Memorial Day – Labor Day” crowds, and to be here for the locals year round. Our “big idea” was to have a fun blueberry u-pick and maybe sell cold drinks, a few pies and burgers for folks during that time. People get hungry picking berries, you know!

We consider our family business and its décor to be a tribute to Grampa, family, and other local farmers of the Lake Chelan Valley. He never threw anything out! Throughout the restaurant/gift shop, you’ll find hundreds of items from Grampa’s old work shed. Old fishing poles, photos, bikes, a red wagon and even a display of hundreds of eyeglasses, are all part of the junk (memorabilia) that he, his Dad and Grampa acquired over the years.

Before we opened, Grampa (Paul Frank Peters), would sit downtown Manson with his old cronies drinking coffee and they would talk endlessly about how crazy we were for doing “whatever it was” out here. He’d tell us “Ain’t noone comin’ out there, you’re wastin’ your money and I AIN’T GIVIN’ YA ANY!!” Truth be told, we were afraid he was going to be right. He and Gramma had retired and turned the apple orchard over to Mom and Dad. The property under “The Barn” used to be in Red Delicious apples. They limped along for several years farming them, but the market just didn’t want Red Delicious anymore. Mom & Dad decided to pull out the apples and plant blueberries, much to the dismay of every field man, co-ops and WSU experts in the state. (Grampa stood there and cried. That farm had fed his family and been his life since he was a child. It was the first and last time I ever saw him cry.) All the “experts” insisted planting blueberries would be a waste of time as they needed to be grown in really boggy conditions. Well. Guess what? Our blueberries surprised everyone – even us! They did GREAT and actually have thrived in our high desert conditions. Our topography and weather make for a strongly concentrated flavor and high sugar content in our berries. Go ahead. Try ‘em!

Our Years of Restaurant Experience

After having the “Blueberry Hills Experience” folks are always as us the same question: “How did you guys ever figure this all out? You must have had YEARS of restaurant experience!” Dad would say “Oh yea. We’ve eaten in a lot of restaurants!” We didn’t have any restaurant experience! We also never took into consideration the extremely high rate of restaurant failures. We didn’t even have time to consider it. We were too busy just trying to figure it all out -who’s going to make the coffee? I wasn’t going to make the coffee. I make terrible coffee! What kind of coffee? Where do we put the coffee? What kind of cups are we going to use? Styrofoam? No one likes drinking coffee out of a disposable cup. We needed mugs. Where do we put the mugs? Where should we get the mugs? What about plates? Paper? A waffle on a paper plate? NO! We need real plates! Ahhh! Dirty plates! Who does the dishes? I’m not doin’ the dishes. I’m cooking! Sigh. Now we need to get a commercial dishwasher. How do we get the dishes to the dishwasher? Should we cut a hole in the wall? The toilet’s clogged again. Gross! DAD! We just had to figure it all out as it happened.

When we opened we didn’t even take credit cards. Then folks started showing up from Wapato Point with only credit cards. We were so caught with our pants down that we just tore off the register receipt and handed them a business card. We told them just to mail a check. People ask me – “Did they pay?” We have no idea! We didn’t keep track of anything. We just fed people as they showed up. I have to say though, we received a whole lot of checks!

Blueberry Hills opened in November of 2002. I developed the recipes, was the cook and ran the register. Mom and Dad delivered food and bussed tables. At times I had to get Grampa’s air horn out to get Mom to quit yackin’ and come pick up hot food! Mom was also our tireless pie baker into the dark of night. She eventually wore out her shoulder joints rolling the crusts. To this day we still make every crust by hand. Our pies are coveted and award winning for a reason! Elpidio is now our Pastry Chef (and one of our Line Cooks) and makes our fruit pies, blueberry cinnamon rolls, blueberry sour cream streusel muffins (aka “The Ugly Muffin”) but has also added gourmet cheesecakes and cream pies to our menu as well.

The dumbest thing you could possibly do is open a restaurant out in the middle of nowhere AND in the dead of winter in a very seasonal tourist town. But we went ahead and did it. And they came. We were so surprised! And Gramma & Grampa were both here to see it. Grampa would wander from table to table asking folks where they were from. He’d write down their names on a tiny piece of paper in his front shirt pocket (like usual), and then he’d take their picture. He was so funny and oh-so predictable. He would buy the smallest roll of film available, so he could make more trips to Wenatchee so Walmart and get them developed. (Grampa loved a trip to town because he got to go to McDonalds!) When he got the pictures back, he’d carefully write the people’s names on the back as well as the date he took the picture. He was an amazing documentarian (as were his dad and granddad before him). We have 100 years of their journals to prove it.

We didn’t realize how excited Grampa actually was for our success. He was typically here all day, but one day he disappeared for a couple hours which was really unlike him. The mystery was solved when he showed up lugging his prized possession: his Texas Longhorns. We don’t even know where he had them hid. When he lugged those in the front door, we knew we had “arrived” in Grampa’s eyes, and it was a really big deal. We mounted them over the front door, and I’ll never forget the look of on his face when we did it. He tried to act nonchalant about it, but you could see he was touched he was by it. It’s been 20 years, and they’re still up there. He was so happy that folks loved seeing all his “stuff” inside the barn. He was in his element as an old farmer sharing his love of farming and stuff with “city folks.”

It’s so hard to write this and it never gets any easier to talk about. Grampa was only able to see our first six months of operation before he had an accident down in his shed and passed on. There isn’t a day that goes by that we don’t think of him but feel his presence with us every day. Feel free to look around the barn. Grampa loves it! And YES. All this junk really did come out of his shed. Unfortunately, we have now lost our Blueberry Gramma, Carol Peters as well. She was such an icon here at the Barn and in the Lake Chelan Valley. If there was a person who could look at a situation and find the most screamingly hilarious angle of it – it was her. She taught me a lot about life and people. She has always held residence in my head, but so much more now so that she isn’t physically here anymore. We miss them both very much.

We’re not sure why people love Blueberry Hills so much. Perhaps it’s the warm, family atmosphere, fresh picked blueberries or delicious down-home, scratch, country cooking. Maybe it’s our kind, hardworking and totally dedicated staff. Maybe it’s a combination of all of all of those. We ain’t lookin’ a gift horse in the mouth. We’ll take it!

Blueberry Hills serves both breakfast and lunch from 8 a.m. to 3 p.m. year-round. We are known for our down-home, scratch country cookin, keeping our recipes as simple as Gramma would have made ‘em. Folks love our 100 year old recipe for our Danish yeast waffles, cheese blintzes, a giant 400-mile French dip, the World’s Best Eggs Benedict, and lots of other delights and deliciousness. (Check out our menu.) Our portions are HUGE and you won’t leave hungry! People order ½ French Dip and you hear “is that a HALF?!” nearly every time.

Over the years Blueberry Hills has become popular with locals and world wanderers as the secret of our gorgeous and quaint little valley is making headlines around the world. It’s referred to as “little Switzerland” for a reason having stunning topography, endless days of sunshine, and a bit of Norman-Rockwellism.

We don’t take reservations. We have you just come on out and enjoy some excellent food and time to spend with friends and family. We look forward to having you with us!

Thank you for loving Blueberry Hills! 🙂

A few historical family puctures. I am the youngest of 2 girls. My sister, Kim, lives up in Omak with her husband, chickens, cows, pigs and chickens. Two of their three daughters now have kids of their own. Time sure flies! 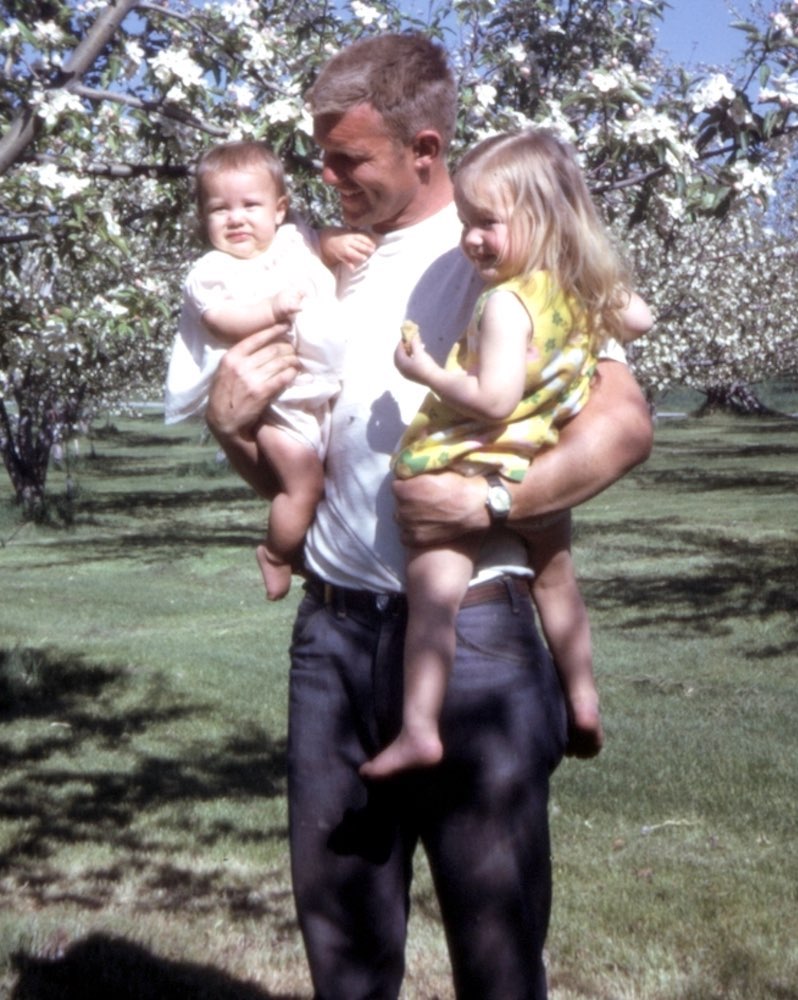 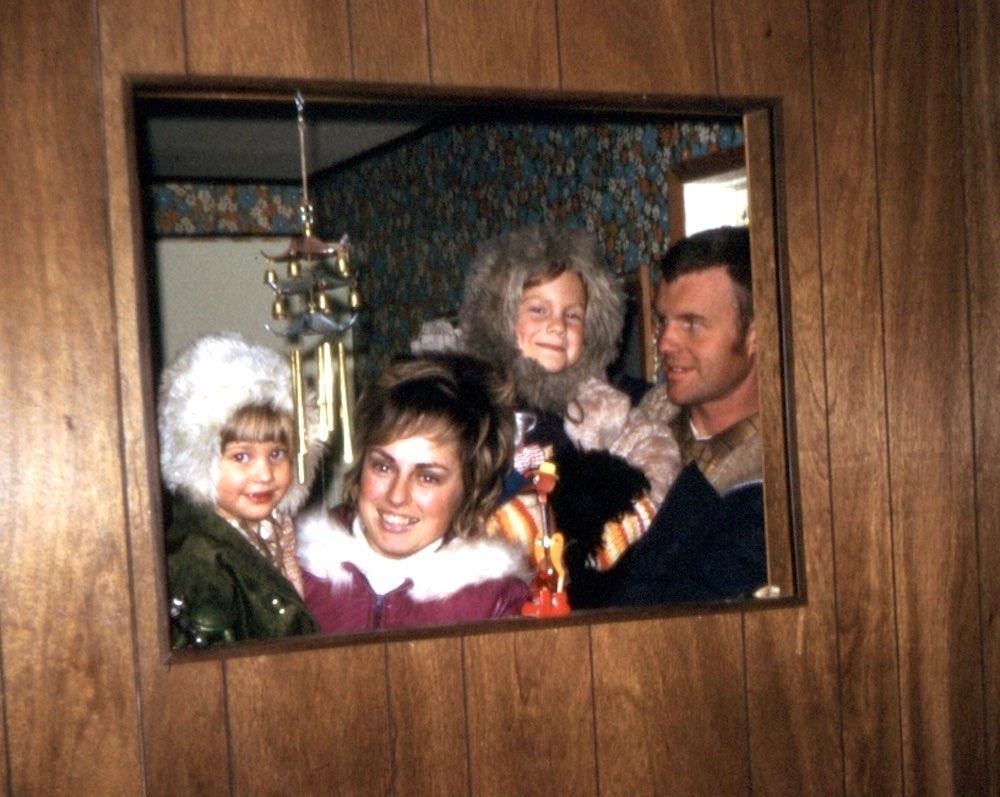 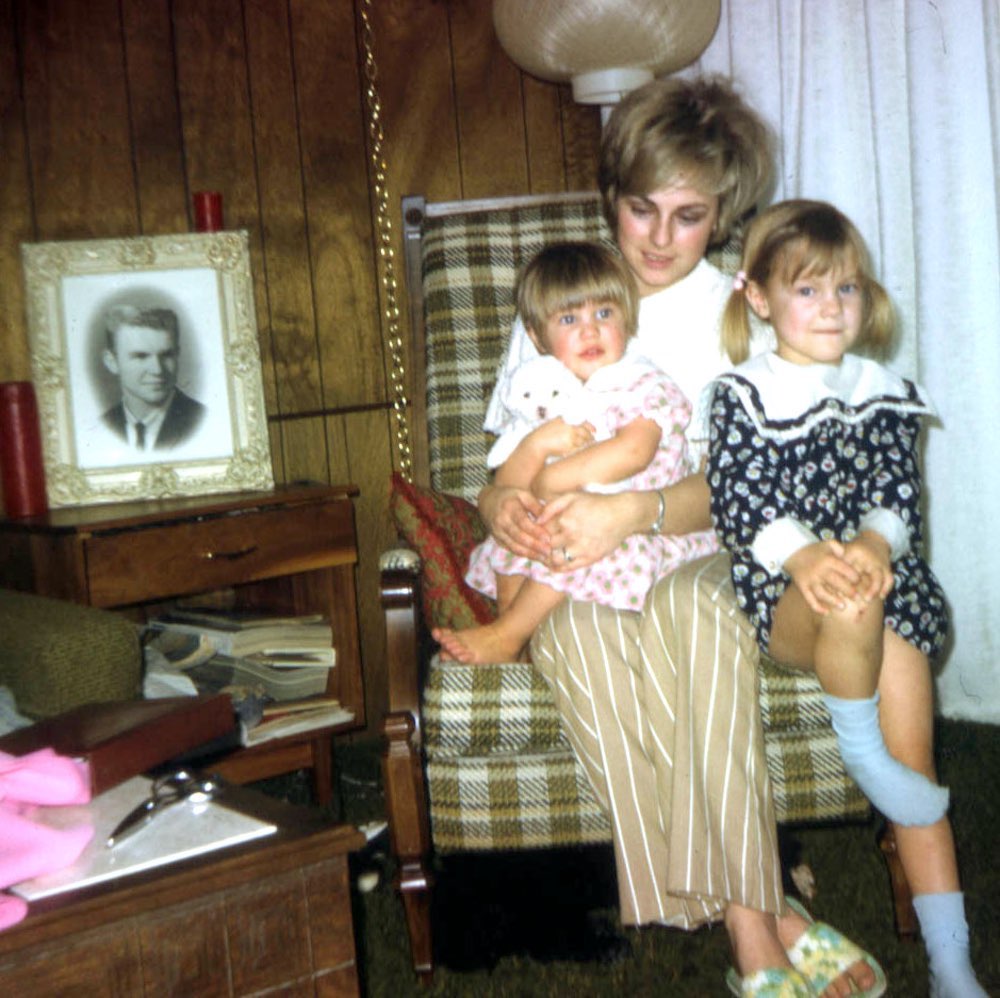 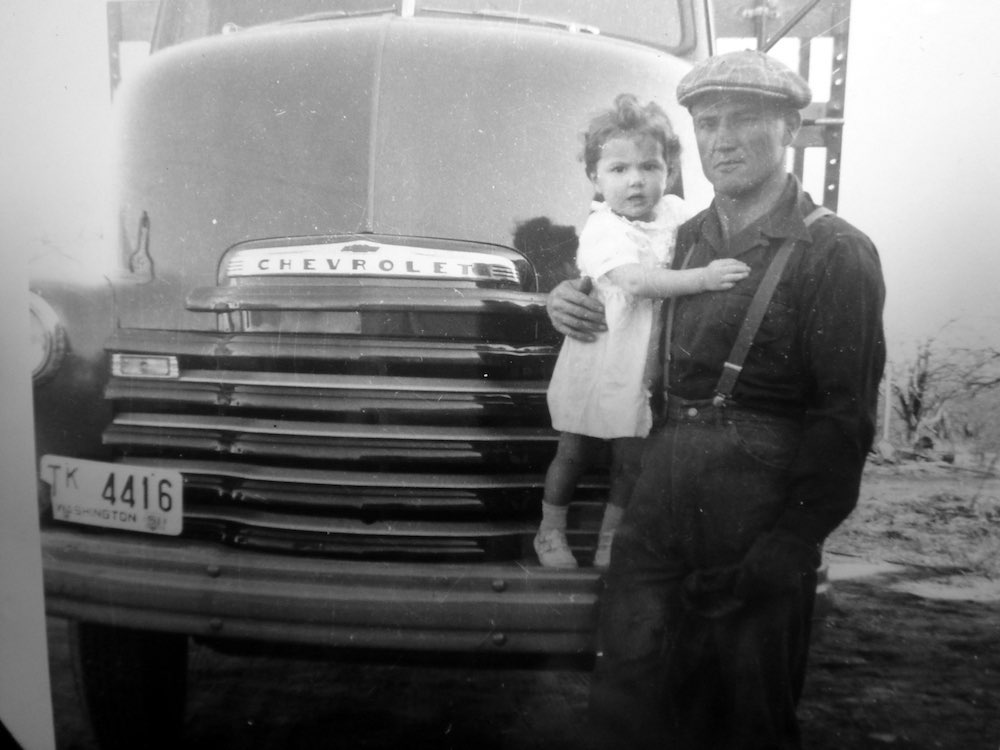 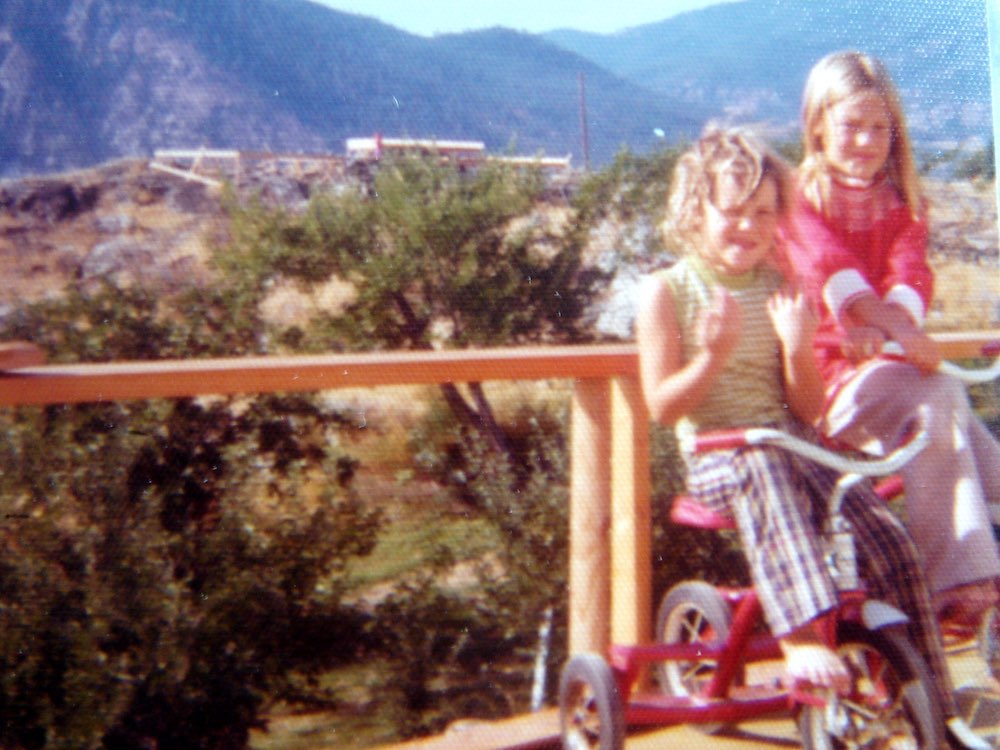 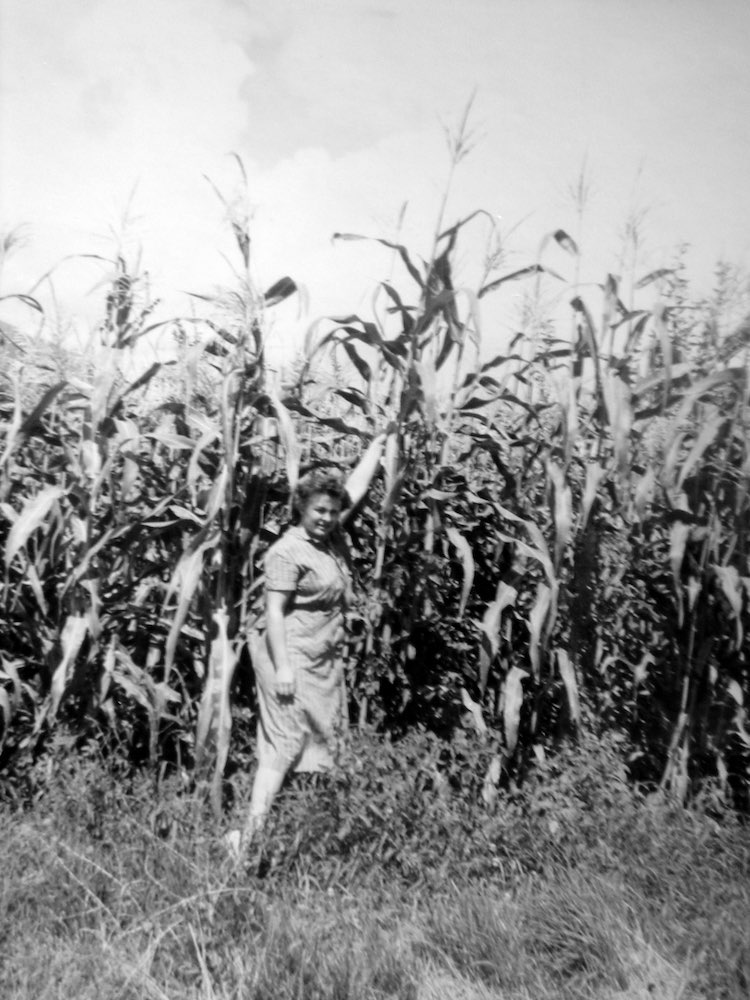 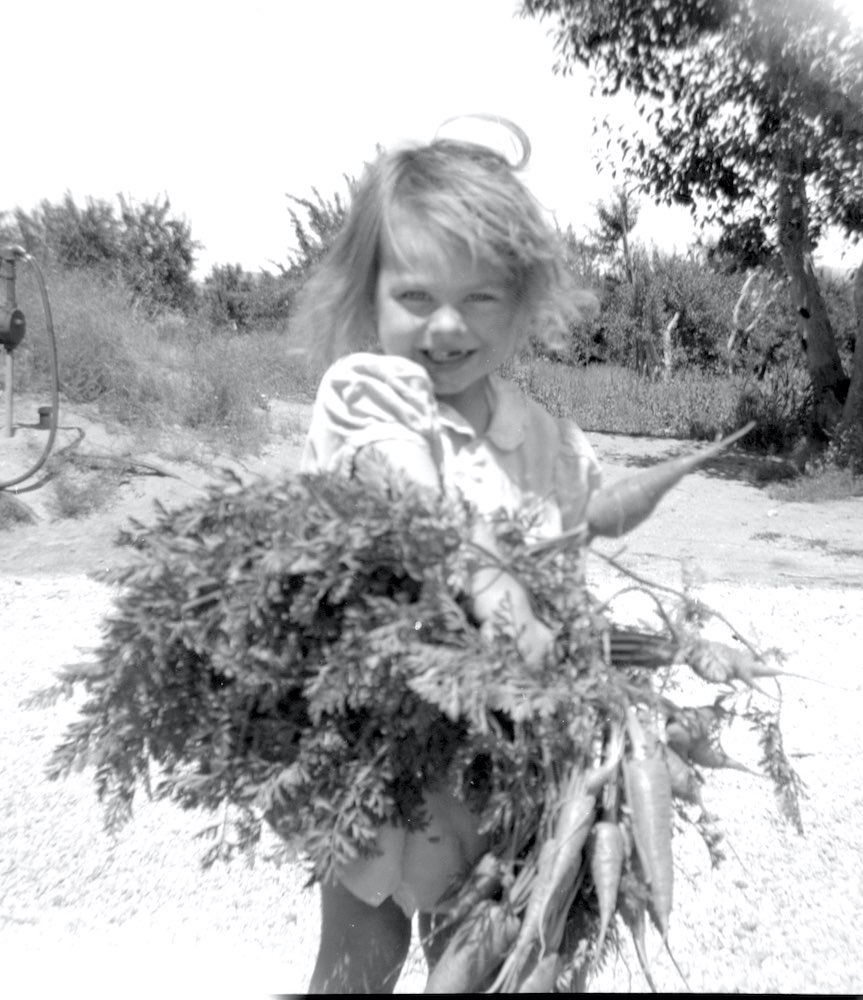 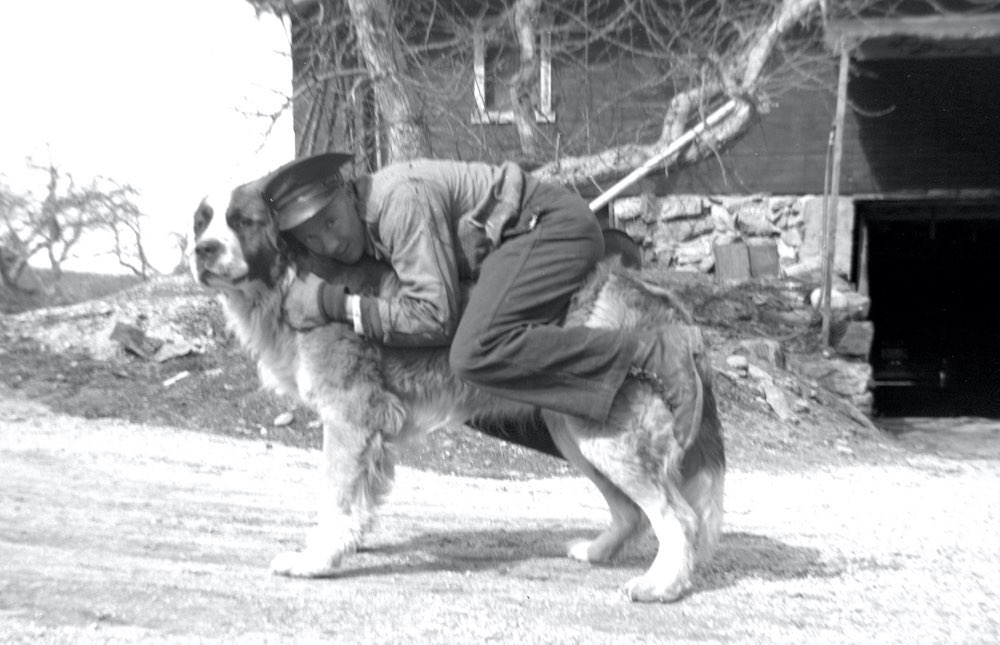 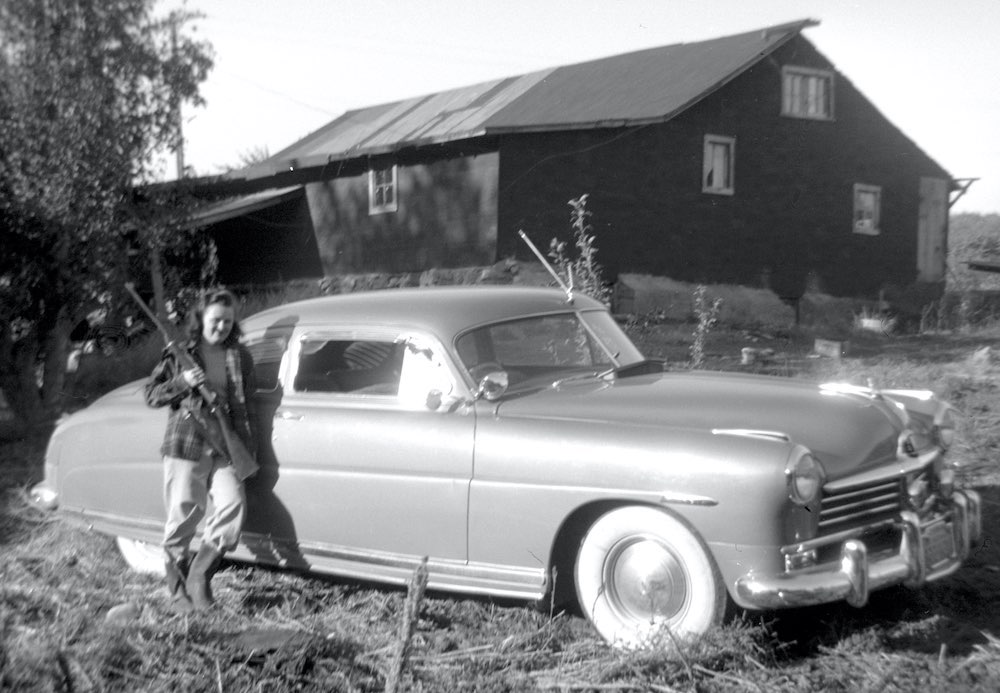 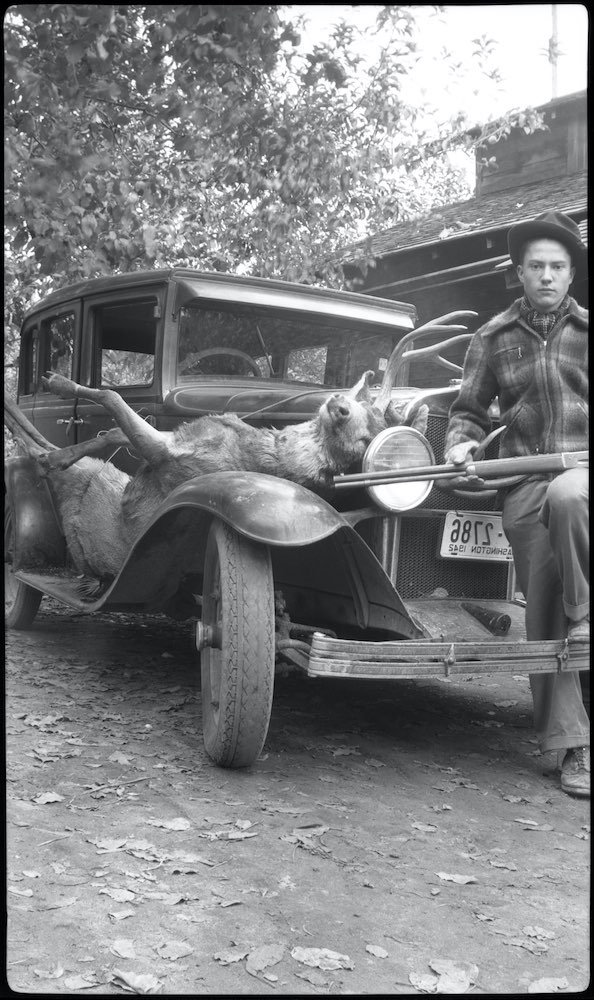 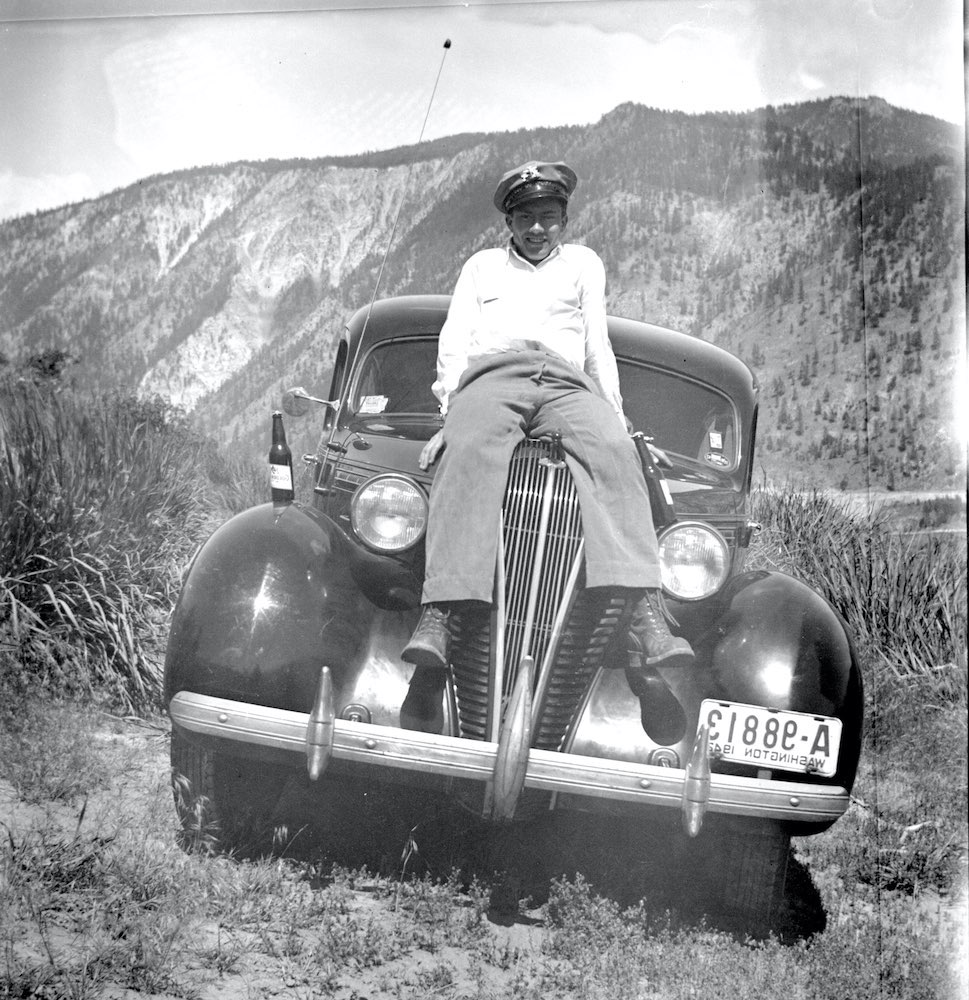